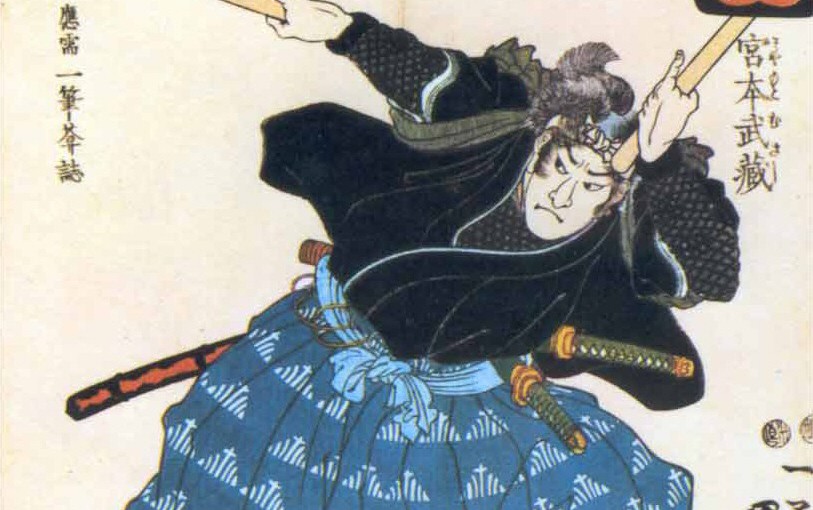 The first member of our party is going live, the most aggressive too, the Samurai!

To the honor of Miyamoto Musashi, we will call her Musashi, after one of the most famous Samurai – a double blade swordsman from the 17th century: Now going to the stars!

How are we going to build Musashi in Wizardry 8? As I already wrote earlier, there are so many possibilities to create viable characters in the game.

For the Samurai class, these choices would be:

For a high DPS endgame party, we will go for a melee Samurai and use magic to provide utility and buffs. For fun we will make her as offensive as possible. She is fearless (immune to fear effects) after all and won’t complain!

As a race we will go for the most (melee) combat oriented race in Wizardry: Its weak magical abilities give it more points for melee. The Hobbit! A female hobbit for.. well, powergaming! We will need much stamina, and stamina regenerating items are easier to access for female characters at the start of the game. For the start, we want her to have great Sword skills as well as Dual Weapons and Close Combat. At the beginning of the game it is more important to hit the opponents opposed to critting them – they will have so few hitpoints that they will quickly die through a much easier hit. A crit isn’t of that much benefit, so we will raise that skill later. The blue color of the Sword skill marks the class skill of the samurai: We will get a 25% bonus on the skill in game, it will apply 125% of its skill number – which is really helpful as fighting with dual weaponry gives a malus. As for the Magic: The Samurai cannot do magic off the bat. It will have to wait until the 5th level where we are going to talk about magic and its specialization for the Samurai in Wizardry 8.

Now imagine a female version of Musashi – you have quite a few portraits, but I like a more calm one, staying concentrated in the heat of the battle. Her intentions are to go for the great enlightenment – to beat any opponent even before the battle! When the party is starting (on YouTube), you’ll be able to hear the voices of the characters in game, commenting on the events happening in game. It is always fitting, funny, and actually making you like your characters much more.